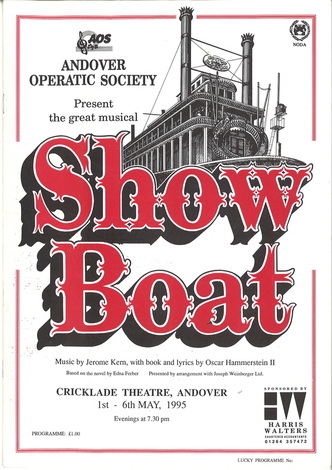 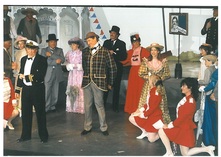 
Act I In 1887, the show boat Cotton Blossom arrives at the river dock in Natchez, Mississippi. The Reconstruction era ended a decade ago, and white-dominated southern legislatures have imposed racial segregation and Jim Crow rules. The boat's owner, Cap'n Andy Hawks, introduces his actors to the crowd on the levee. A fist fight breaks out between Steve Baker, the leading man of the troupe, and Pete, a rough engineer who had been making passes at Steve's wife, the leading lady Julie La Verne, a mixed-race woman who passes as white. Steve knocks Pete down, and Pete swears revenge, suggesting he knows a dark secret about Julie. Cap'n Andy pretends to the shocked crowd that the fight was a preview of one of the melodramas to be performed. The troupe exits with the showboat band, and the crowd follows.

A handsome riverboat gambler, Gaylord Ravenal, appears on the levee and is taken with eighteen-year-old Magnolia ("Nolie") Hawks, an aspiring performer and the daughter of Cap'n Andy and his wife Parthy Ann. Magnolia is likewise smitten with Ravenal ("Make Believe"). She seeks advice from Joe, a black dock worker aboard the boat, who has returned from buying flour for his wife Queenie, the ship's cook. He replies that there are "lots like [Ravenal] on the river." As Magnolia goes inside the boat to tell her friend Julie about the handsome stranger, Joe mutters that she ought to ask the river for advice. He and the other dock workers reflect on the wisdom and indifference of "Ol' Man River", who doesn't seem to care what the world's troubles are, but "jes' keeps rollin' along".

Magnolia finds Julie inside and announces that she's in love. Julie cautions her that this stranger could be just a "no-account river fellow". Magnolia says that if she found out he was "no-account", she'd stop loving him. Julie warns her that it's not that easy to stop loving someone, explaining that she'll always love Steve, singing a few lines of "Can't Help Lovin' Dat Man". Queenie overhears – she is surprised that Julie knows that song as she has only heard "colored folks" sing it. Magnolia remarks that Julie sings it all the time, and when Queenie asks if she can sing the entire song, Julie obliges.

During the rehearsal for that evening, Julie and Steve learn that the town sheriff is coming to arrest them. Steve takes out a large pocket knife and makes a cut on the back of her hand, sucking the blood and swallowing it. Pete returns with the sheriff, who insists that the show cannot proceed, because Julie is a mulatto woman married to a white man, and local laws prohibit such miscegenation. Julie admits that she is a mulatto, or mixed race person, but Steve claims that he also has "black blood" in him. The troupe backs him up, boosted by the ship's pilot Windy McClain, a longtime friend of the sheriff. The couple have escaped the charge of miscegenation, but they have to leave the show boat anyway; identified as "blacks," they are not acceptable as actors for the segregated white audience. Cap'n Andy fires Pete, but in spite of his sympathy for Julie and Steve, he cannot violate the law for them.

Gaylord Ravenal returns and asks for passage on the boat. Andy hires him as the new leading man, and assigns his daughter Magnolia as the new leading lady, over her mother's objections. As Magnolia and Ravenal begin to rehearse their roles and in the process, kiss for the first time (infuriating Parthy), Joe reprises the last few lines of "Ol' Man River".

Weeks later, Magnolia and Ravenal have been a hit with the crowds and have fallen in love. As the levee workers hum "Ol' Man River" in the background, he proposes to Magnolia, and she accepts. The couple joyously sings "You Are Love". They make plans to marry the next day while Parthy, who disapproves, is out of town. Parthy has discovered that Ravenal once killed a man, and arrives with the Sheriff to interrupt the wedding festivities. The group learns that Ravenal was acquitted of murder. Cap'n Andy calls Parthy "narrow-minded" and defends Ravenal by announcing that he also once killed a man. Parthy faints, but the ceremony proceeds.

Act IISix years have passed, and it is 1893. Gaylord and Magnolia have moved to Chicago, where they make a precarious living from Gaylord's gambling. At first they are rich and enjoying the good life, singing the song "Why Do I Love You?" By 1903, they have a daughter, Kim, and after years of varying income, they are broke and rent a room in a boarding house. Depressed over his inability to support his family, Gaylord abandons Magnolia and Kim. Frank and Ellie, two former actors from the showboat, learn that Magnolia is living in the rooms they want to rent. The old friends seek a singing job for Magnolia at the Trocadero, the club where they are doing a New Year's show. Julie is working there. She has fallen into drinking after having been abandoned by Steve. At a rehearsal, she tries out the new song "Bill." She appears to be thinking of Steve and sings it with great emotion. From her dressing-room, she hears Magnolia singing "Can't Help Lovin' Dat Man" for her audition, the song which Julie taught her years ago. Julie secretly quits her job so that Magnolia can fill it, without learning of her sacrifice.

On New Year's Eve, Andy and Parthy go to Chicago for a surprise visit to their daughter Magnolia. He goes to the Trocadero without his wife, and sees Magnolia overcome with emotion and nearly booed off stage. Andy rallies the crowd by starting a sing-along of the standard, "After the Ball". Magnolia becomes a great musical star.

More than twenty years pass and it is 1927. An aged Joe on the Cotton Blossom sings a reprise of "Ol' Man River". Cap'n Andy has a chance meeting with Ravenal and arranges his reunion with Magnolia. Andy knows that Magnolia is retiring and returning to the Cotton Blossom with Kim, who has become a Broadway star. Kim gives her admirers a taste of her performing abilities by singing an updated, Charleston version of "Why Do I Love You?" Ravenal sings a reprise of "You Are Love" to the offstage Magnolia. Although he is uncertain about asking her to take him back, Magnolia, who has never stopped loving him, greets him warmly and does. As the happy couple walks up the boat's gangplank, Joe and the cast sing the last verse of "Ol' Man River". 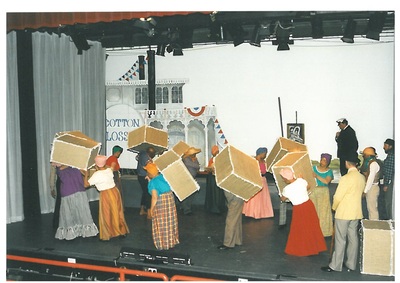 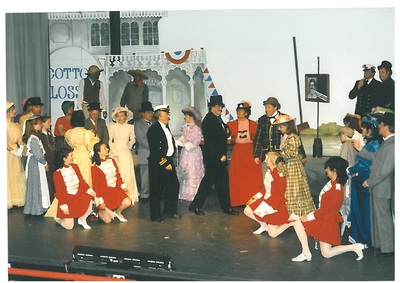 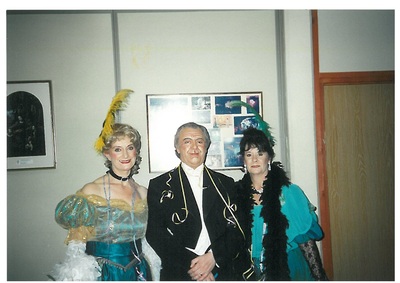 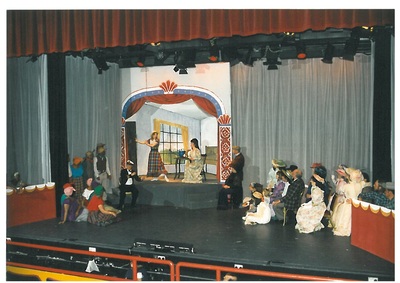 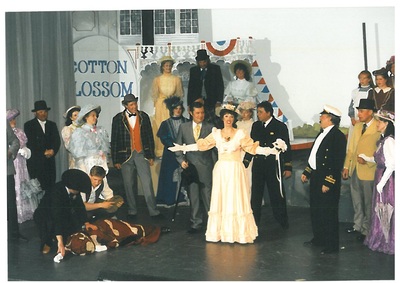 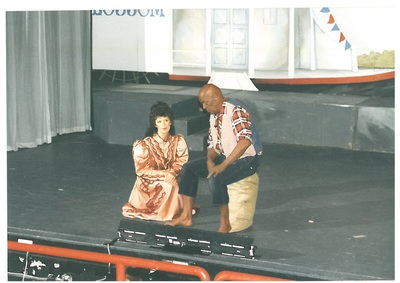 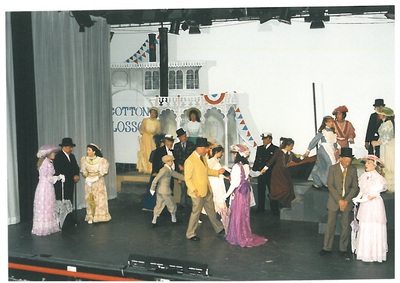 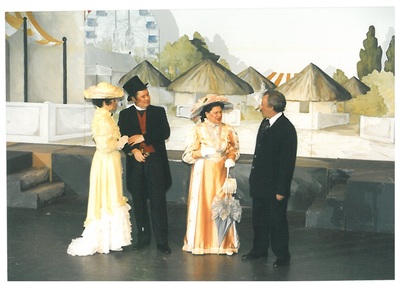 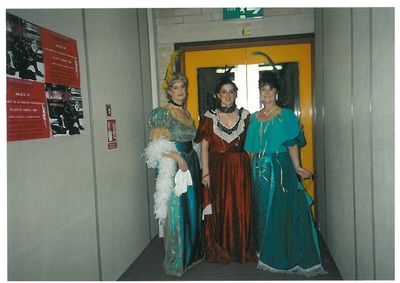 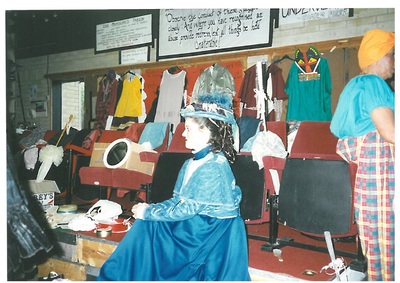 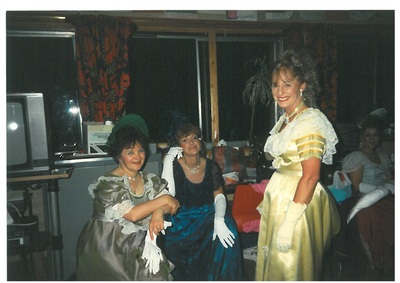 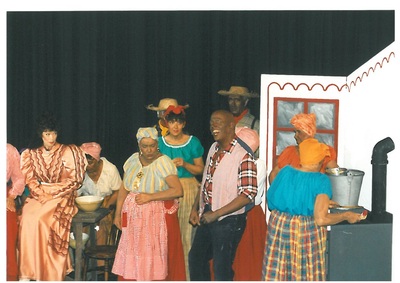 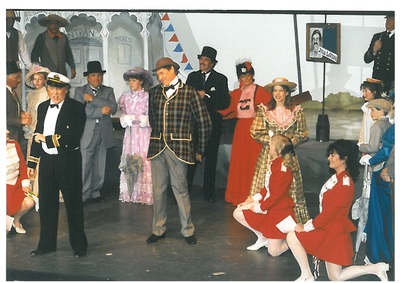 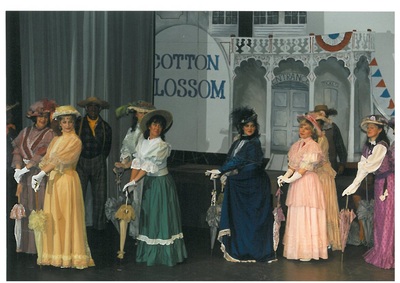 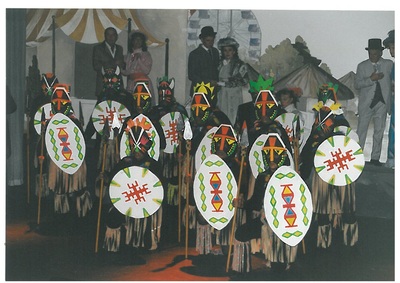 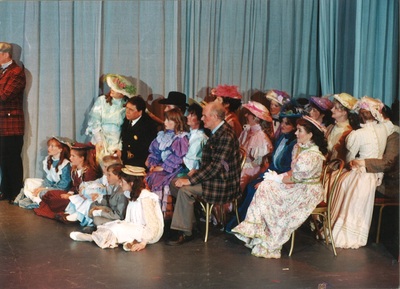 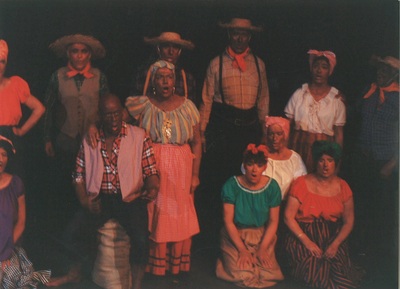 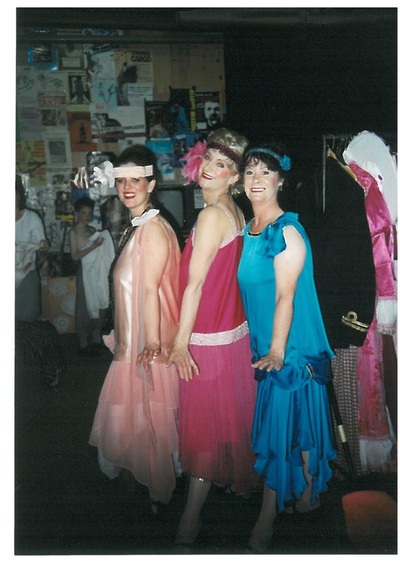